Every January the greatest firearms exhibition takes place in Las Vegas Nevada. Its al an American party featuring new guns, historic relics, celebrity juggernauts and niche experts alike. Shot Show is unlike any other gathering out there.

Getting in means having a first look at some of the coolest firearms and getting hands on with exotic, hard to find brands like Korth.

Shot Show is great fun. From the massive opening day to the huge booths filled with thousands of guns, and the legendary after parties, it’s the highlight of many people’s year. However, they don’t just let anyone set up shop at a booth, and they certainly don’t allow just anyone inside to experience the convention.

Shot Show is an industry show that is intended for institutional buyers and members of the firearms related industries. This advance show at the beginning of each year gives everyone for media personalities too small gun shops the ability to review products with each manufacturers’ representatives and orders to secure orders for the new year.

Shot Show is the largest firearms exhibition in the world, larger than military gatherings aimed at governments! Many, many people one into the show because it showcases new and exciting firearms along with many celebrities and influential business people within the firearms industry.

Our reviews of the Top Kydex IWB Holster in 2018

In an effort to keep this show relegated to the people was intended for, Shot Show has a review process for each and every person who buys a ticket to get in. These tickets are cheap! They’re also not easy to get unless you work for a major manufacturer on a small business dealing with firearms related media or retailing.

Shot Show goes to great lengths to make sure that the people that the show was intended for getting in, and the people who it isn’t, stay out. Mainly, people who attempt to lie about their credentials in order to get into the show. This is not like, con or any other exhibition, this is intended for business to be conducted.

They even have an extremely strict policy of bringing your spouse or children. No one under the age of 16, even small children and infants, are allowed in the show. Make plans if you have children or a spouse who won’t want to spend all day in a convention center.

It is not unheard of for smaller reporters and writers who work at major newspapers to be denied entry in order to keep more firearms related experts inside. It can be a lot of work to get into the show if you don’t work for a firearms related business. However, there is one way you can get into Shot Show easily enough.

The goal of Shot Show is to allow a venue for the sales and media hype of new products and industry relationships each year. Put simply, if you cant help them achieve this goal, you’ll be left out of the party. However, there is a simple way to make yourself more attractive to the power at be…

How You Can Get into Shot Show?

There are several ways to get you into the industry and to get an NSSF to sell you a business membership but the easiest would be to start a blog or show evidence of an online media persona. This can be as simple as setting up a social media account and posting regularly about firearms and firearms related news. It can also be as difficult as starting an FFL and becoming a small-time gun shop.

Almost all attendance passes will be reviewed by a person will verify whether or not your company will make the cut into Shot Show. The demand for passes greatly exceeds the supply and Shot Show each and every year has to turn away people who aren’t members of an organization with enough reach or without sufficient cause to be in the show.

Keep in mind, Shot Show is an industry event for a reason. While there are many parties and giveaways done at Shot Show it is not necessarily the best place for consumers to get their hands-on firearms or to even view many of the new firearms that you see online. Often, many of the press releases and video that you see of the most popular items from year to year are prearranged and all other times these items are on display they are surrounded by crowds that proved to be virtually impenetrable.

The Moment of Truth

When you apply for your tickets at Shot Show and is a great idea to apply as early as possible, a human being is going to review your credentials and make a determination as to whether or not you are allowed into the show.

There is an appeal process for people who get turned down, however, is often a great idea to skip the Shot Show altogether and go to the NRA show. Not only is the NRA show geared towards consumers, rather than investors and industry institutions, the NRA show is available to anyone who is an NRA member that is willing to pay the ticket price.

Other than being away from the holidays, it’s also not held at the same time as many other conventions in Las Vegas and getting into and out of the NRA show is generally more pleasant experience for people who are turned down from Shot Show.

However, there is no substitute for the real thing and everyone should attempt to go to Shot Show at least once. How you get into Shot Show is your own business but make sure while he got but you’re there you enjoy everything the firearms culture of the United States has to offer and enjoy yourself! 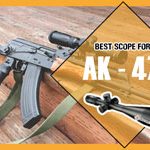 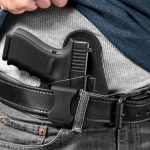 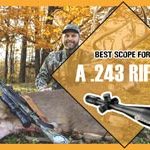 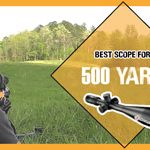 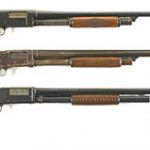 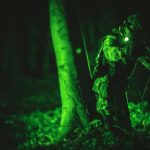 bobergarms.com makes no representations, warranties, or assurances as to the accuracy, currency or completeness of the content contain on this website or any sites linked to this site. For more information, please read our privacy policy.